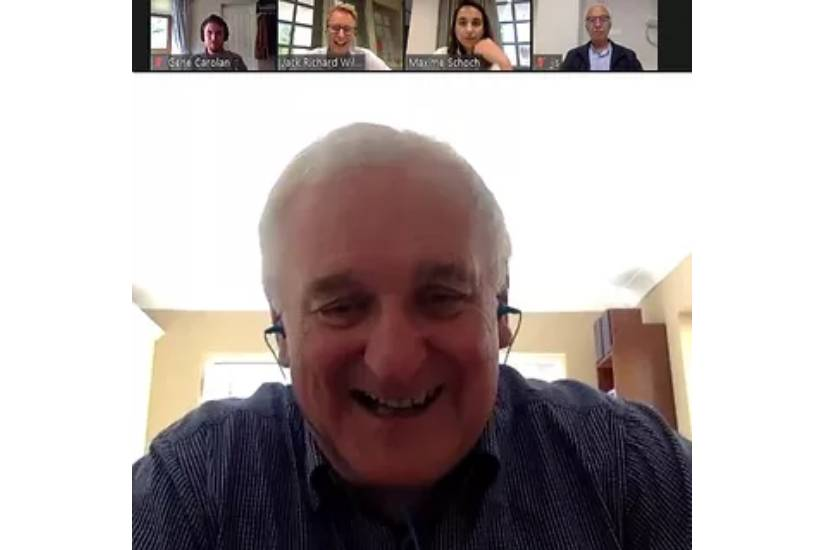 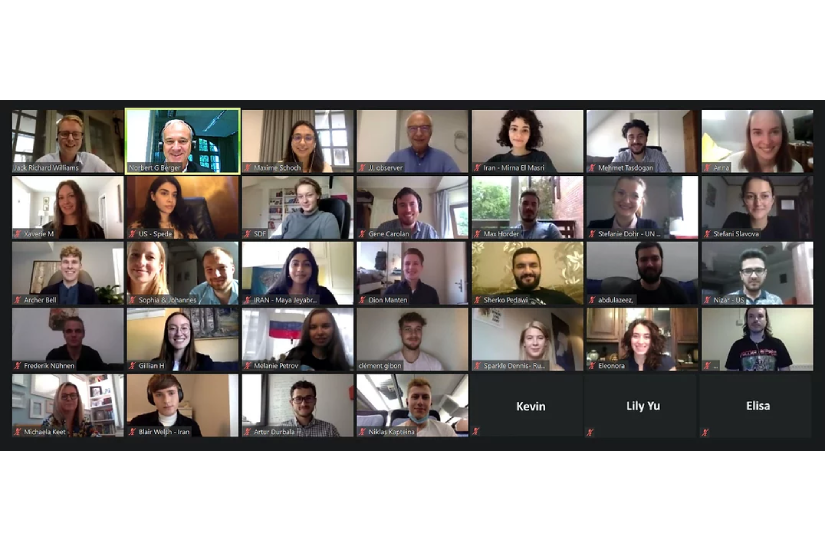 With the world in the midst of a pandemic, the seventh Global Negotiation Conference moved online. Students joined from the United Kingdom, Germany, the Netherlands, Austria, Iraq, South Korea and Canada, staying up very late or getting up very early, for four days of workshops, presentations and simulations. The conference was hosted by the Chair of Political Philosophy at the University of Zurich, where a small team of organisers gathered, at an appropriate distance, to oversee the running of the event.

​The conference program included presentations and workshops from Norbert Berger (University of Graz), Mikkel Gudsoe (University of Aarhus), Nicola Diday (swisspeace), Marie-Joëlle Zahar (Université de Montréal) and Eemeli Isoaho (ETH Zurich). A range of topics were covered including multiparty negotiations, framing and persuading, the politics of dealing with the past, peace mediation and the dynamics of the Syrian conflict. More details on the full program can be found here.

The keynote speech was delivered via webcam by Bertie Ahern, Former Prime Minister of the Republic of Ireland. He reflected upon his role in securing the Good Friday Agreement which brought peace to Northern Ireland as well as discussing the challenges of negotiating an end to a conflict. The full address can be watched on YouTube.

​Alongside the presentations, the conference included a simulation stretching over three days dealing with negotiating an international peace agreement to the Syrian conflict in the context of the United Nations. Participants were able to both organise their own bilateral meetings as well as deliver press releases through a dedicated online learning platform. Unfortunately, as in reality the parties were unable to secure a joint agreement although a decision was reached to carryout further talks in the future.

► Student from Graz getting award at the GNC 2020!

We are proud to report that one of the participants from Graz, Clément Gibon, has been awarded a special commendation for his negotiating performance in the GNC Competition.

As is usual at the end of the competition, the coaches discussed teams and individuals they felt particularly worthy of commendation for their performance during the simulation. The Most Constructive Team award went to Gillian Harrington, Xaverie MacLennan and Archer Bell from the University of Saskatchewan. Special Individual Commendations were given to Clément Gibon, University of Graz, Ira Poensgen, London School of Economics, Spede Mizuri, American University of Kurdistan, and Anna Dick, Philipps-Universität Marburg.

Clément, who represented Iraq’s interest in the competition, excelled with his careful preparations, depth of understanding, empathy and collaborative efforts making great contributions and creating mutual value for the parties involved in the numerous bilateral and multi-party negotiation rounds he was involved in. It is worth mentioning that, at the time of the conference, he was travelling in Lebanon and still managed to join and run all the negotiation rounds and sessions during the four day event via teleconferencing software in difficult circumstances where power cuts and blackouts cause disruption.

Another participant from Graz, Artur Durbala, also attended the conference from his trip through Russia. He also succeeded at connecting and performing all his duties as one of three UN Peace Envoys while “on the road”. The team of UN Peace Envoys also included Stefanie Dohr and Eleonora Borando from the University of Graz. Their task was to chair proceedings in extremely challenging circumstances.

Participant feedback reported the experience was very interactive and provided them with useful insights into the world of diplomacy.

As a result of the success of the online conference, GNC is now planning to run two negotiating conference events per year. At least one will be online. If circumstances permit, the summer conference may be hosted on-site in Switzerland again next year. 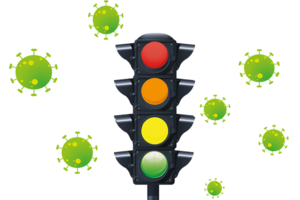 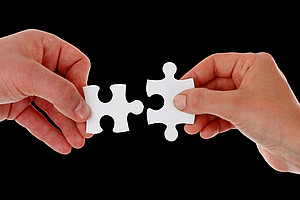